The Element Group — a design-build firm that specializes in modernizing bank and credit union branches — approached us with a desire to expand their existing office space into the second floor of their headquarters at 155 Brewery Lane in Portsmouth.

The building itself was part of the extensive original Frank Jones Brewing Company operations, which put Portsmouth on the map as the largest distributor of beer in the country for a period of time in the late 1800s. Element wanted to create a bright, welcoming, cohesive experience that showcased both their vibrant brand identity and the original bones of the Chinburg-owned, 19th-century property.

Element regularly hosts banking clients at their headquarters, so opportunities for collaboration and community-building were a must. They envisioned a floor plan with offices for their executives, an open-concept common area, a kitchenette and a conference room that would showcase their digital signage products. 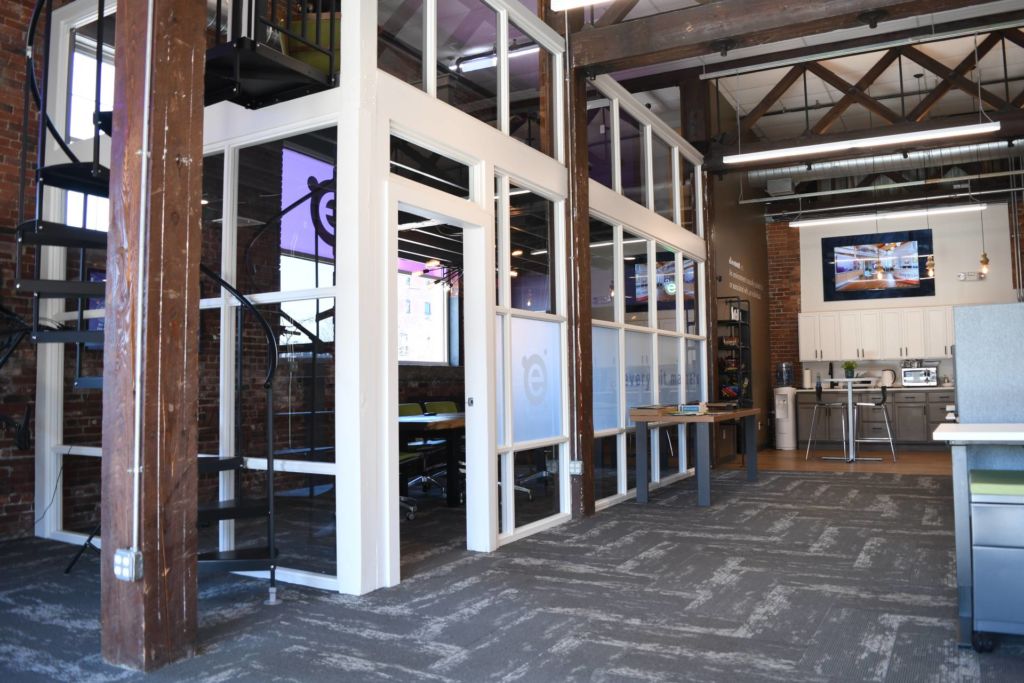 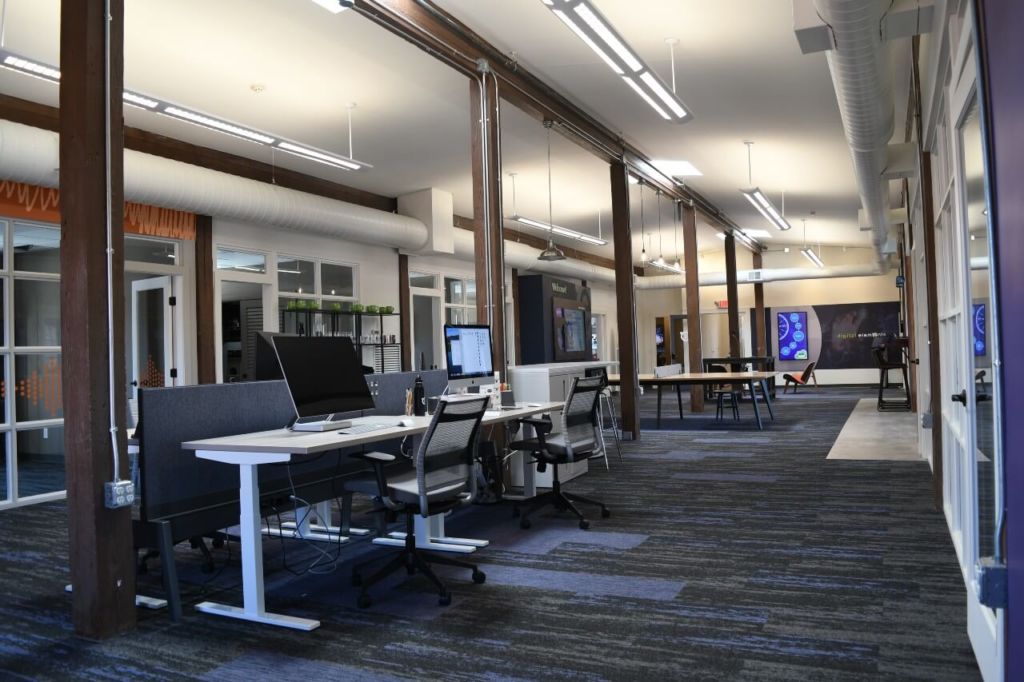 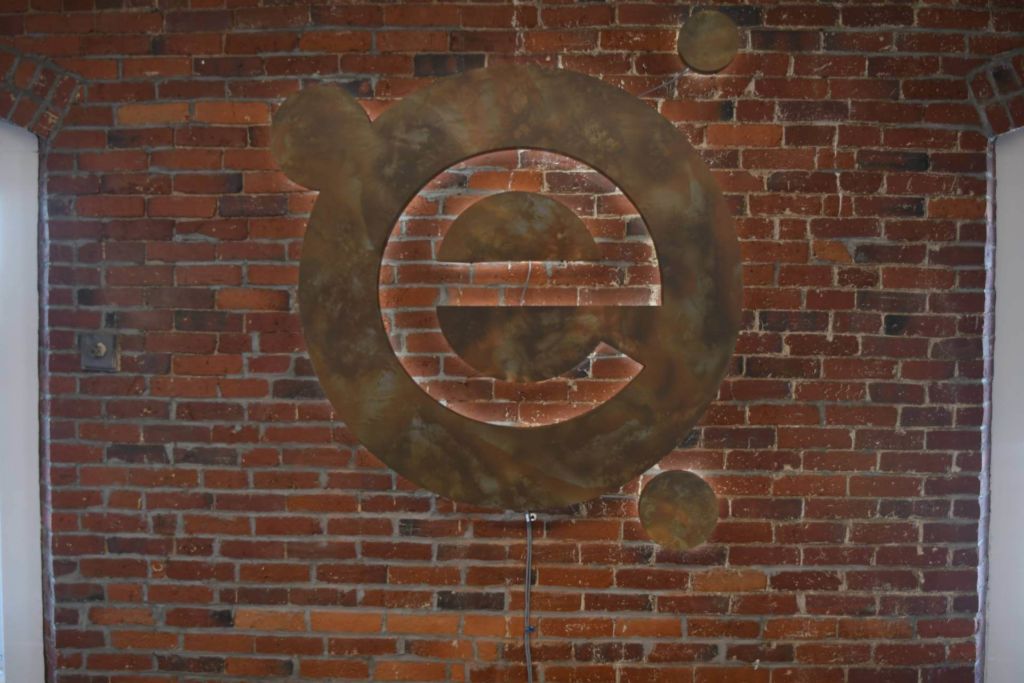 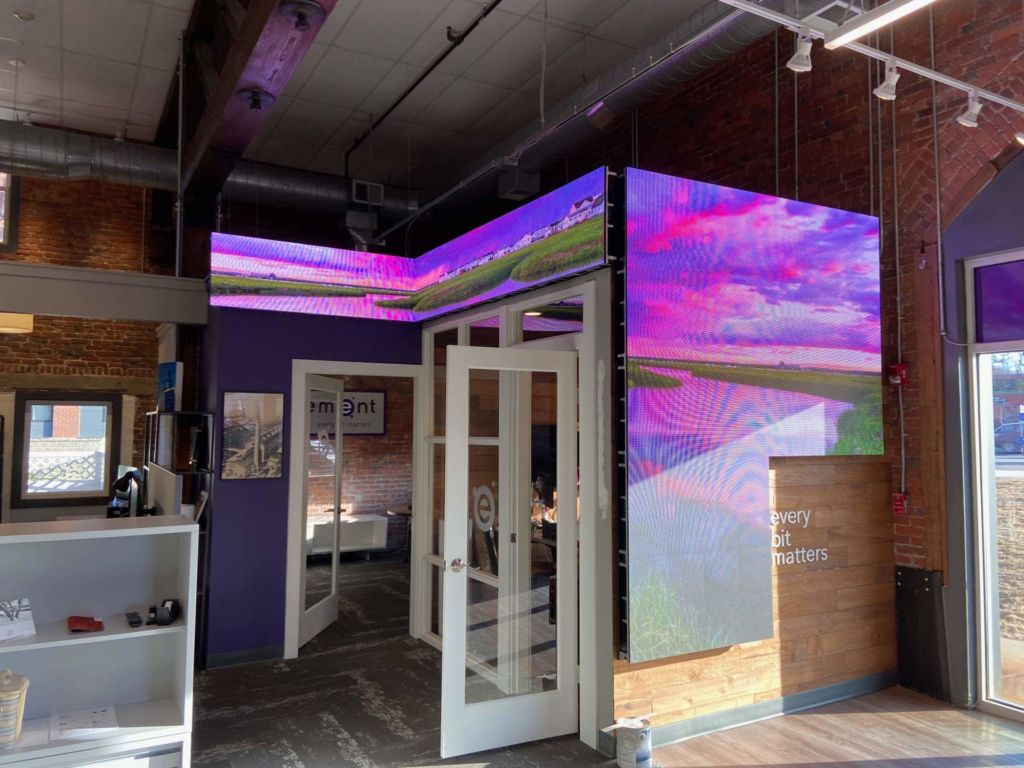 “The Element Group has clientele who frequently visit their offices in Portsmouth from all over the United States. We wanted to help create a lobby space that really gave that ‘wow factor’ when you enter the building — one that also matched the branding vision that Element has done such a great job of creating.”

When Chinburg Properties purchased 155 Brewery Lane in 2017, the building was suffering from years of neglect. In addition to a cosmetic transformation, we needed to execute a number of facilities upgrades to bring the building up to current code and to lend the interior spaces a more modern aesthetic.

Once we entered the design phase of the Element office upgrade, the Element Group (an existing building tenant) was deeply involved in the conceptualization and materials selection process. Fortunately, their aesthetic is on-brand with Chinburg’s, and we were thrilled to work with such an experienced, creative client. The level of communication and trust between our two teams meant that we could rely on them to think outside the box while accepting our recommendations for a space that would meet everyone’s needs.

The result is an office filled with light, color and organic textures that inspires all who enter. Working with the Element team, we were able to infuse the space with their signature style while maintaining cohesion with our other Brewery Lane properties.

As one of the leading builders in the Seacoast region, Chinburg Properties has the skills and resources necessary to efficiently take your project from concept to completion. Contact us today to discuss your project.